4 Questions With Michael Pappas, CEO and Founder of RydenGo 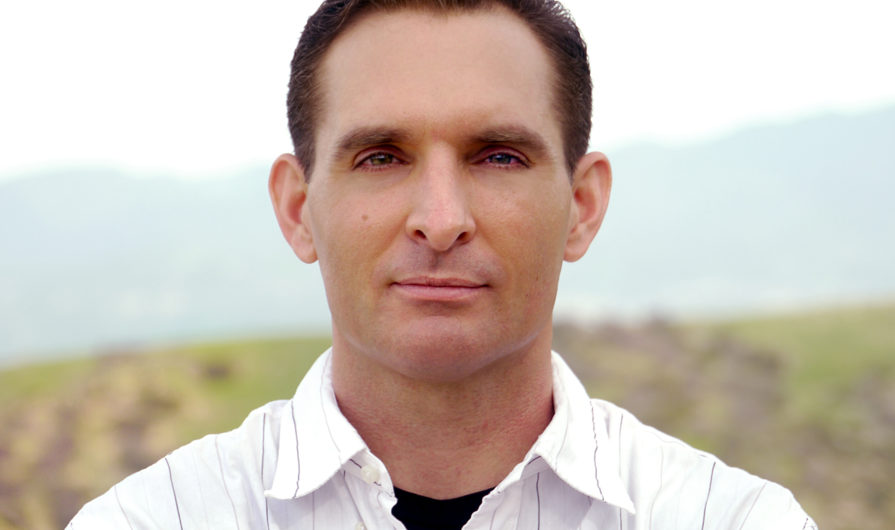 You’ve probably heard some of the horror stories surrounding Uber and the ridesharing industry. Cab drivers forced out of business. Uber drivers having to sleep in their cars. Having their accounts cut off without any recourse due to a single bad review. That convenience of requesting a taxi service at the press of a button has been a major burden for veterans and newcomers alike in the driving industry.

A new company called RydenGo is seeking fix some of these imbalances by creating a new platform that’s more fair to the drivers.

According to their press release, “For a nominal $20 a month introductory subscription fee, or a mere 66 cents a day, driving entrepreneurs will have an opportunity to earn approximately $7,300 more yearly with the launch of RydenGo, a new innovative ride-sharing company.

Delivering one of the industry’s first subscription fee business model is only one of the innovative ways RydenGo seeks to transform ride-sharing and differentiate itself from its more well-known competitors.  RydenGo asks for no share of drivers’ profits and charges them no commission. Entrepreneurs take home 100 percent of earnings and tips after paying the monthly subscription fee. Entrepreneurs are also free to set their own rates for fares which are also not dictated to them by RydenGo. Drivers can run their businesses as they see fit. Passengers benefit from a variety of competitive pricing options, the same freedom of choice as they experience when shopping online. Drivers in a passenger’s specific area respond to a ride request with pricing options they set every day. This gives passengers the flexibility to secure the best price that meets their budgets.”

I had a chance to talk to RydenGo founder Michael Pappas about this latest innovation (and disruption) to the rideshare economy.

Dustin Clendenen: What are some of the biggest issues cropping up with the new ‘sharing economy?’

Michael Pappas: The sharing economy is a radical change in how our society views ownership as well as how we conduct business with one another. The sharing economy is taking our world by storm and shows no signs of slowing down either, as we’ve only scratched the surface of this new broadening marketplace’s creative possibilities. Government regulations present one of the biggest challenges to this new economy. These laws were written long ago and couldn’t have foreseen the future marketplace that’s growing rapidly throughout our society today. Governments change very slowly compared to the private sector and often are way behind the people in moving forward. The world will not be reverting back either, and the sharing economy will only massively expand over time into new territories of business. Laws will need to be changed to make room for this new era of commerce, and people will demand it, too. This new economy has empowered a whole new self-employed entrepreneur unlike anything we’ve seen before in history, and it’s a wonderful thing, too. We should embrace change, not nullify it!

DC: What personally inspires you to fight for RydenGo’s success given that your profit potential is considerably lower than Uber’s (at least in this current paradigm)?

MP: RydenGo was created as an advocate for drivers to receive better treatment and more freedom to run their business. I was disheartened by the stories of drivers sleeping in their cars from the lack of income they’re able to earn despite their hard work. Drivers being told that they were independent contractors or self-employed while not having any control in setting their value. That didn’t set well with me. You can’t be an independent contractor or self-employed and not be able to determine your worth. However, that’s how it works currently, and it’s not right. You’re either an employee or you’re not, and these companies can’t have it both ways. I was raised in a pro-union family and always believed that workers in any industry needed protection to avoid labor exploitation. If you’re going tell someone that they’re in charge, then put them in charge of their own business. Profit is important to keep the lights on and fund innovation to continue offering better solutions for the public, however, it doesn’t need to be at the expense of people through exploitation. That’s only a horrible corporate culture that demands it be that way. There must be another way that is fair to everyone and not only the companies.

DC: What has been the biggest challenges you’ve face getting RydenGo off the ground?

MP: The biggest challenge we face is getting the rideshare industry to adopt a new business model that already works very profitably in other industries. However, our approach doesn’t exist currently in the rideshare industry and would mean a huge disruption to the current system if it did. Yet the ridesharing status quo needs to be disrupted because it’s not working for many, and the wave of negative news stories that keep surfacing tell a story of the industry’s overall failure to live up to the promises of financial success. RydenGo is a new radical approach to ridesharing in that it empowers people to take charge of their business. There remains a reluctance to give drivers that power and control over their rideshare business. The other challenge is getting increased funding for RydenGo so it can move to the next level as it will take a considerable amount of investment to push our company into the marketplace with a large impact so a change for the better can happen for everyone.

DC: Do you have plans to tackle any other aspects of the sharing economy?

MP: Currently, RydenGo is my priority, however, the philosophies that are at the heart of our company are not just specific to ridesharing. Worker’s rights and the elimination of worker exploitation must be ended as we are in the 21st Century and our society knows better.  RydenGo came from my view that there had to be a better way, and it was obvious that there was a desperate need for change. We’re all one of the same on this little planet, so we better make it our priority to help each other out.

Next Story:
How A New Yoga Apparel Company Is Empowering Sri...

About the Author / Dustin Clendenen

Writer. Editor. Dustin Clendenen is a big-picture thinker with an obsessive attention to detail.